I was born in a small village called Bulungula, near Coffee Bay, the Wild Coast, Eastern Cape. It’s like Paradise, where the river meets the Indian Ocean.

When I was 4 years old, I learned at preschool how to garden and plant. From 2-5 years old I wasn’t allowed to go to the river or the ocean, but I was allowed to go to the forest. My favorite thing was to climb trees and play tag with my friends, and just watch the trees grow. I was growing with them.

When I was 6 years old, I took my first swim in the water with my sister. It was very cold, and I didn’t feel like going in again. One hot day I swam again until I got used to the water, but I had more of a passion for plants than water. I think it was because I got used to the forest before the water.

At 9 years old, I moved to Cape Town with Mbali Marais, for my education.  In Muizenberg, where we lived by the Atlantic Ocean, I saw so many people in the water and I wanted to fit in. I learned how to surf, and went in the water every day. Mbali introduced me to her friend Craig Foster (My Octopus Teacher) and I went diving with him. I thought water was just a clear pond, I had no idea that there were any animals other than fish and starfish.   With Craig I saw that there was so much life, and I was suddenly more excited about natural waterways than I had ever been.

I became a Guardian for Nature in Return to Origin a year later, because my mum took me with her when the Return to Origin team worked with the underserved youth in Cape Town. When they took them into Nature I was one of the team.  I was very enthusiastic.  Mbali and I loved going to Cape Point Nature Reserve and I saw plants, the ocean and animals all together, all the spirits of nature were all together. I was so joyful. Mbali would say, “This is how it used to be”.

Recently we moved back to the Eastern Cape where the Kariega River meets the Indian Ocean and I still go in the water every day, and swim with stingrays. 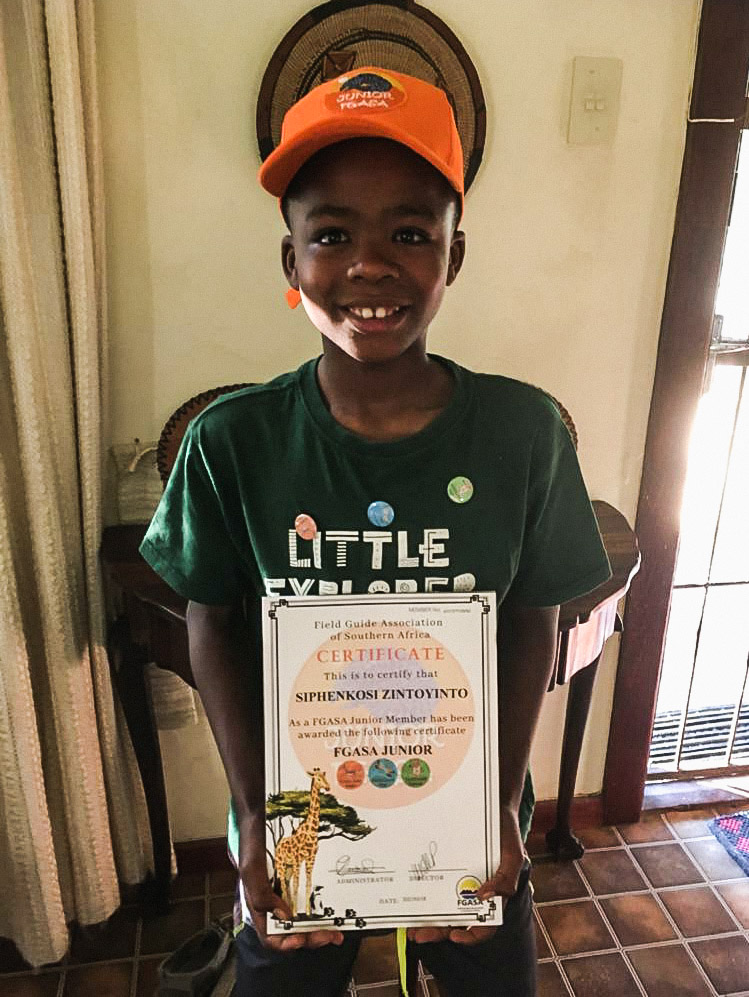